B． Nice to meet you．

（2）When does the swimming club open at weekends？

（3）How much should the woman pay for a month？

（2）When did Sam start to collect them？

（3）What will Lily probably show to Sam tomorrow？

B． Some toy bears．

A． The Chinese exam．

B． The final exam．

（2）Why does Tony get up so early every morning？

A． Because his teacher asks him to get up early．

B． Because he can't sleep．

C． Because he wants to do more exercises．

（3）Who cooks breakfast for Tony？

（4）What does Tony think of this kind of life？

（2）Where did they go on the first day？

A． Some colorful shells．

（4）What did they eat in the restaurant？

（5）What did the writer think of the rooms？

A． Expensive but clean． 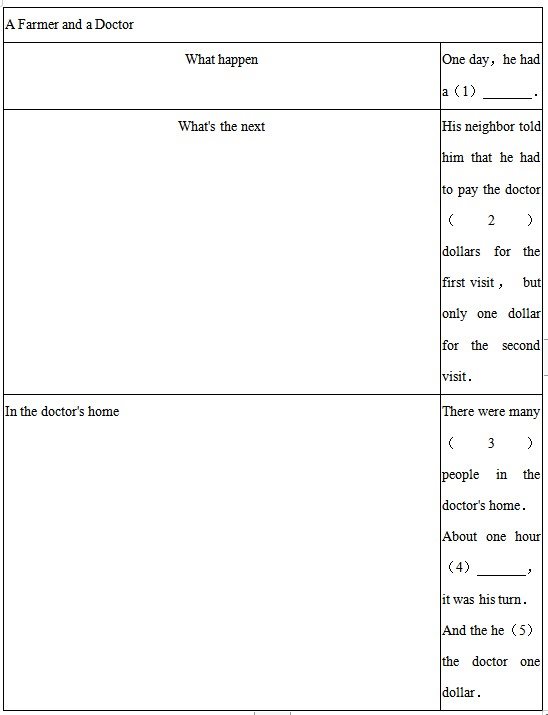 16．（1分）﹣﹣﹣What's your plan for the winter holidays？ 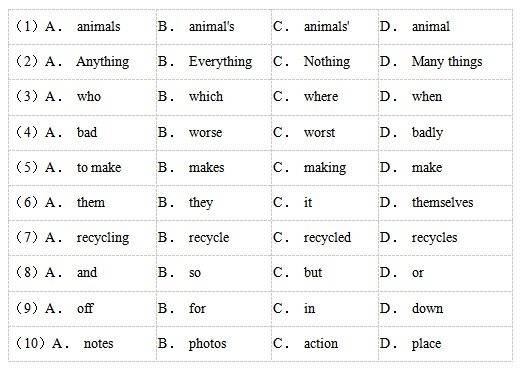 ??? He didn't want to be the first to break the silence． If he did， he thought he would lose． So he wrote on a piece of paper， "Please wake me up at 6 am．" He left it where he knew his wife would find it．

??? The next morning， the man woke up． He found it was already 9 am and he had missed his flight． He was very angry． He was about to go and see why his wife hadn't woken him up． Then he noticed a piece of paper by the bed． The paper said， "It is 6 am． Wake up．" 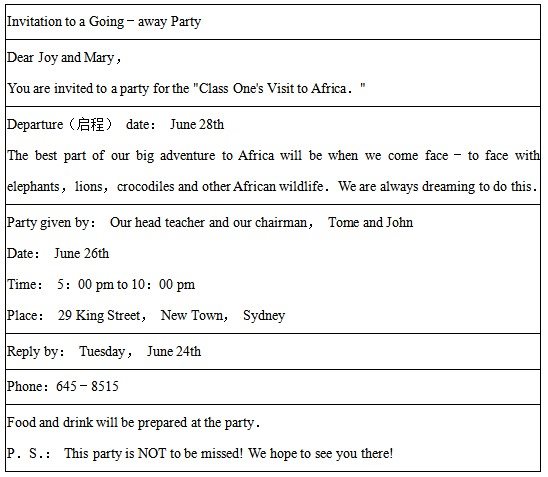 B． Our head teacher．

B． have a dream

（5）Which of the following is NOT TRUE according to the passage？( ??  )

C． The party will last for seven hours．

D． Food and drink will be prepared at the party．

??? During ancient times， children didn't have much to enjoy themselves． However， they came up with interesting games to play in their childhood．

??? During the Qing Dynasty， kicking a stone ball around was a popular game in the northern part of China， and it was often played in winter to keep warm．

??? Hid﹣and﹣seek is a traditional game for children， popular around the nation． There are two ways to play： covering a child's eyes while other kids run to tease（戏弄） him or， more normally， others hide and one child must try to find them．

??? Kites have quite a long history． The earliest kites were made of wood， instead of paper． The three most famous kites are the Beijing kite， Tianjin kite and Weifang kite． Each has its own feature． For example， the bird﹣shaped kite with long wings of the Beijing kite．

??? The closest thing to watching a film during ancient times was going to see a shadow play． The artists control puppets（木偶） behind the screen and tell stories to music．

（1）In which season did ancient Chinese often kick the stone balls？( ??  )

A． One plays and others watch．

B． One runs and others try to catch．

C． One tries to find and others hide．

D． One tries to hide and others find．

A． In a shopping guide book．

B． In a weather report．

C． In a traveling magazine．

??? Everyone knows that buildings don't move． They can't change the way they look． However， architect（建筑师） David Fisher wants to change that．

??? Fisher has an amazing idea． He wants to make 80﹣story buildings that change shape． Each floor will move around slowly． The floors will move at different speeds． Because of this， the shape of the building is always changing． "These buildings will never look the same，" says Fisher．

??? His idea is an interesting one． However， Fisher doesn't stop there． He also wants the building to be "green"． The building will make its own energy． In most buildings， only the top floor has a roof（屋顶）． In Fisher's building， each floor will have its own roof． Each roof has solar panels（太阳能板）． This means a lot more solar energy． Also， machines between each floor of the building will catch the wind． They will turn the wind into energy．

A． Because the building is tall and always moving．

B． Because the building is tall and has many solar panels．

D． Because the building is always moving and has many trees．

A． The sun and the wind．

B． The sun and the water．

C． The wind and the water．

D． The sun and the ground．

（4）Why does the writer say "that's what people also said before humans traveled into space"？( ??  )

A． To show why Fisher's building will never work．

B． To show why Fisher's building is like a spaceship．

C． To show that humans like traveling into space．

D． To show that unusual ideas can sometimes work．

A． Buildings for the future．

B． The life of an architect．

D． How to get energy？

B： I know． But I need it to improve my English．

A： Why don't you use the computer？

B： I want to be our school radio presenter．

A few weeks ago， I visited Sydney， a perfect place to surf． I knew I couldn't（1）( ??  )it without going surfing myself． I booked a group surf lessons（2）( ??  )I was in Byron Bay． Byron Bay is a really popular place for surfers to go!

25．【解答】1． D? 细节理解题．题干的意思是"古代中国人经常在哪个季节踢石球？"，定位到关键词"kick stone balls" ，根据 kicking a stone ball around was a popular game in the northern part of China， and it was often played in winter to keep warm．可知经常在冬天踢石球来保持温暖，故选D．